Get Your Beans Out of My Brownies! 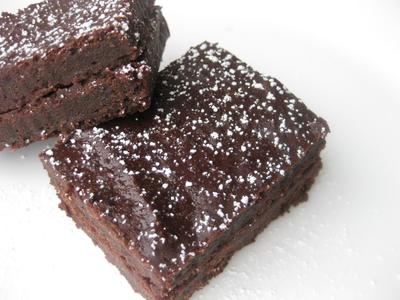 In recent years, I've heard quite a bit about the "sneakier" side of cooking and baking. The ways in which chefs add and substitute seemingly odd ingredients into beloved dishes to make them healthier. Sure, you might know applesauce to be a second-rate stand-in for part of the oil in baked goods. And that grated carrots and zucchini make one helluva moist muffin. But what about pureed spinach in chocolate cake? Or butternut squash in macaroni and cheese?  The additions may sound strange and unappetizing, but sneaking produce into platefuls adds vitamins, minerals, fiber, moisture, and in many cases, lowers the amount of fat.

Here's the catch: the additions must go undetected by the taster. Sure, the apparent strands of carrot in carrot cake are welcomed and pleasant. But when you get into blending cauliflower puree into your corn muffins, let's hope your taste buds don't know. And if your goal in adding fruits and vegetables into your baked goods is to get your kids to eat more healthily, let's both cross our fingers that they aren't privy to the black beans in the brownies. 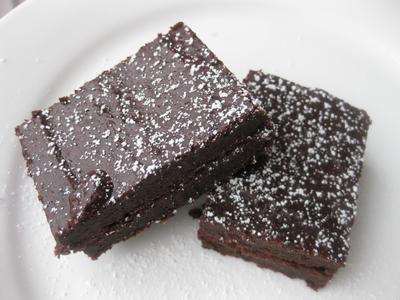 Black beans in the what?!? I know what you're thinking: beans should stay where they belong- in burritos, chili, and alongside savory fare. Until yesterday, I would have agreed with you. But after fiddling with a few recipes, and popping pans in and out of my Easy Bake Oven, I've realized that beans, when dressed in the proper garb, can go undercover with the best of CIA agents. Even in brownie territory.

Let's think of this recipe as my foray into covert ops. After pulling the pan of chocolate fudge out of my oven yesterday afternoon, I set them atop a wire rack in my kitchen to cool. Noses were alerted. My boyfriend was beside the 13x9 in 47 seconds.

I decided not to tell him about the black beans as he bit into the first, still-hot-from-the-oven brownie. I didn't even smile coyly as he cut himself a second fudgy square. But on the third I couldn't help myself. Pun intended, I spilled the beans. And after a bit of explanation that I wasn't trying to kill him...per se, he warmed to the idea. And by warmed I mean- didn't spit the chocolate onto my just-cleaned hardwood floor. Rather, he quite liked them.

Truth is, they don't taste of black beans. The traditional pasty texture of beans disappears in the chocolate fudge, leaving behind only moisture and a pleasantly rich density. These brownies are thinner and much less cakey than your standard style. In fact, they barely rise. But they're quite scrumptious- sweet, ultra-moist, and fudge-like. A surprising satisfaction crossed my mind as I lifted my second out of the foil-lined pan. I smiled knowing that on top of the taste and texture, I had built a brownie that was lower in fat, higher in fiber, and richer with nutrients. Mmmm.

The only problem? Convincing myself that healthier chocolate brownies don't count as breakfast. 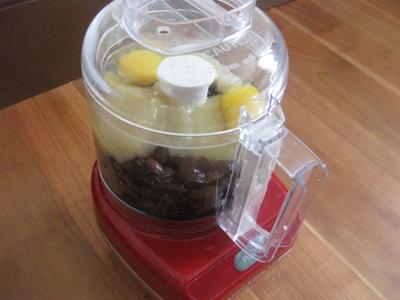 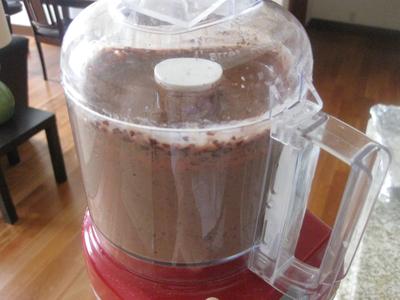 Place your chopped chocolate and butter in a small bowl and microwave for 1 minute, stirring halfway. Stir until the mixture is smooth. Set aside to cool for a few minutes. 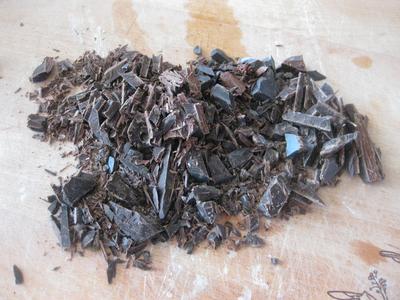 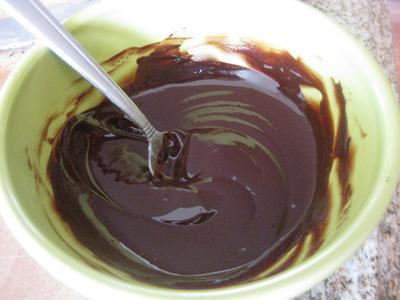 Add chocolate/butter mixture, vanilla extract, and salt to the food processor; pulse to blend. Pour batter into a large bowl and stir in the flour. 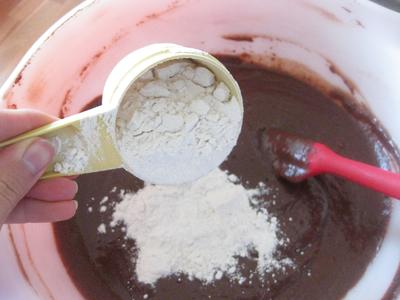 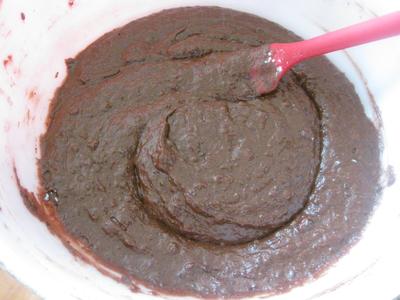 Spread batter into a foil-lined 8x8" baking pan coated with nonstick cooking spray. Smooth the top and sprinkle evenly with the walnuts (if using). 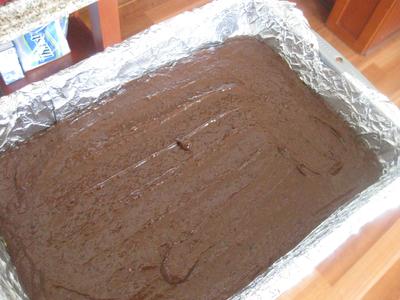 Bake for 25 to 30 minutes, or until a toothpick inserted into the center comes out clean. Let the brownies cool in the pan on a wire rack for 15 minutes. Cut into squares and serve! 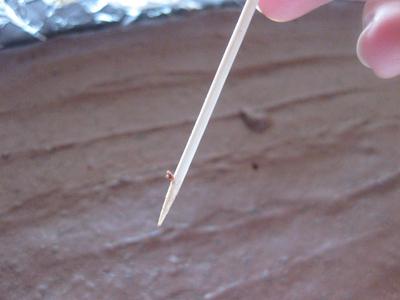 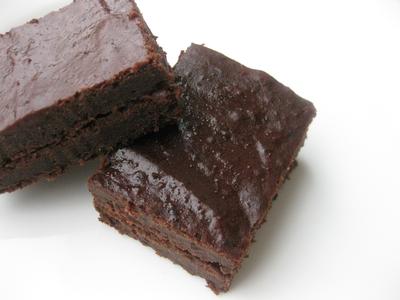 [...] This post was mentioned on Twitter by Foodista, Barnaby Dorfman and Geoff Coyle, (e)REIGN. (e)REIGN said: RT @foodista: New blog post: Get Your Beans Out of My Brownies! http://www.foodista.com/blog/2010/07/18/get-your-beans-out-of-my-brownies/[...]

Looks delicious! love the recipe, thanks for sharing :)

I like the black bean idea. As a vegetarian always on the lookout for protein, sometimes you get sick of the same bean or egg dishes.

Also, brownies with pumpkin are delicious and have a really nice texture.

Although my children are grown, I still try to smuggle healthy ingredients into recipes I make in a hush-hush sort of way. I love that you took this chance with these black bean brownies and shared the results with us, including the blind test taste by your boyfriend. They sound like a great idea to me! Bookmarked and stumbled.

thanks for sharing the story....glad your boyfriend liked the bean brownies! I like them because I really try to incorporate some fiber and protein when I make sweets....just helps with the sugar ups and downs (with my kids and the adults, in my opinion). I just feel better if I have some protein and fiber with my sugar. :)