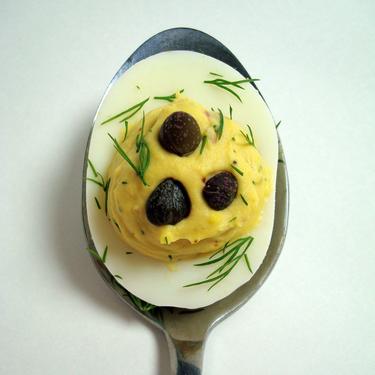 As the editor of a food and cooking website I find a good deal of well-written recipes and, sadly, a great number of poorly written ones. Perhaps we're pressed for time? Assume our readers know what our abbreviations mean? Or, maybe we just need to brush up on some basics of writing out a good recipe. Below are 10 easy tips on how you can improve your recipe writing and make your recipes stand out among the many:

Want to bone up even more on recipe writing? Will Write For Food by Dianne Jacob is my favorite!

Thanks for these tips. They are all clear and make sense.

Great round-up Sheri. Definitely a help for amateur recipe writers like myself.

I totally agree with "Simple is the best" rule. Sometimes a good article make us confused, and it does occur with our readers.

amen to more well written recipes (though I know mine aren't always up to scratch which is the problem of being writer and editor of a blog). I wanted to add one thing that really annoys me:

Please do not say 1 packet of x. It is especially frustrating when I read an overseas recipe and I just don't know what size the standard packet is - though I even get unsure when I read a local recipe. Instead use the weight or volume which is usually written on the pacakging!

re 2, 4 I agree that specific is best - I often assume others will change it to suit them but I do give some latitude in some of the recipes on my blog, especially when it doesn't matter.

re 1. I agree an appetising recipe title is good but some seem to list every flavour and get too long or others get too obscure just for the sake of entertainment!

re 7 and 8 - that is advice I need to heed - sometimes I am not sure though there are times I specify brands because there can be a range of difference between brands - but generally I prefer recipes that don't rely on processed food for that same reason.

One further comment is that as an Australian writing and aware of an American audience that doesn't understand some of our terms, it is hard to know how to get the concept across - I have even written kitchen notes but questions seem to show that people don't use that - will continue to ponder this!

I love the theme you took to get these tips to us. Very creative.