Last week, we covered the Dallas Mavericks' $110,000 bar tab racked up after the NBA Finals, but the Boston Bruins' $156,000 bar tab following the team's Stanley Cup Final win blows that celebration right out of the water.

Like the Mavericks, the Boston Bruins players also celebrated with a bottle of Armand de Brignac "Midas" Ace of Spades, which costs a whopping $100,000. The Bruins' bottle, however, was 30 liters, or twice the size of the Mavs' 15-liter bottle. The Bruins players in attendance -- who included Milan Lucic, Shawn Thornton, Zdeno Chara, Brad Marchand and Tim Thomas -- autographed the bottle; the team will eventually raffle it off as a fundraiser for the Bruins' foundation. 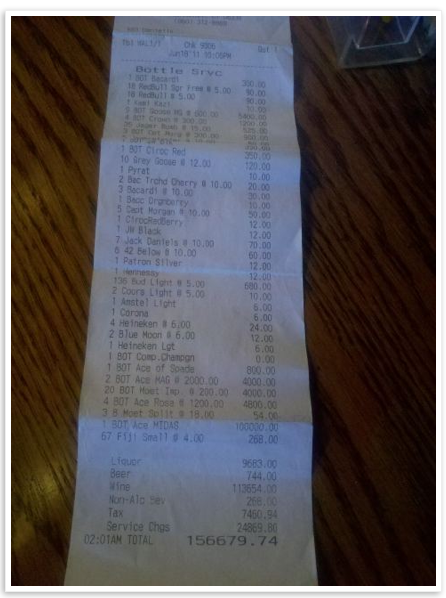