Ingredient of the Week: Almond Milk

The milk section at the grocery store has grown considerably in the last decade.  Cow's milk is no longer the only choice on the shelves.  Soy milk, cashew milk, goat milk and almond milk line the cold case.  Almond milk has been the saving grace for vegans and lactose intolerant individuals.  It's creamy texture and nutty flavor make it a favorite for drinking and baking.  Almond milk has been around since the Middle Ages, being used in religious ceremonies by both Christians and Islamics.  It was also a staple in medieval cooking because of its long shelf life.  Almond milk has made a comeback and is more popular then ever.

What's in it? Almond milk is a heart healthy, low-calorie, nutrient rich beverage.  It only contains 30 calories per serving, which is significantly less than cow's milk.  In addition, it's an excellent source of calcium, vitamin E, and vitamin B12.

How do you cook it? While you can now find almond milk at the supermarket (even vanilla and chocolate flavored), it's super simple to make it yourself.  Homemade almond milk has a superior flavor and texture compared to store bought.  Raw almonds are soaked for at least 12 hours before they are turned into milk.  They are then drained and rinsed before being pureed with water in a blender.  You'll want to blend the mixture at the highest speed possible to breakdown the nuts.  After, separate the almond milk from the almond meal using a fine mesh sieve.  Press down on the almond meal to strain any excess liquid. 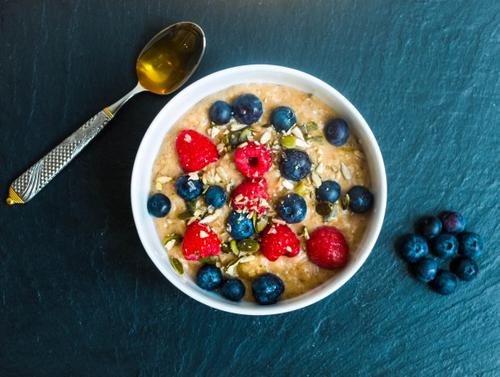 The Velvet Tango Room and a Visionary...
Warren Bobrow