There is something about meat on a stick that makes eating chicken satay so natural and inviting. Chicken satay is a popular street food served by roadside vendors throughout Southeast Asia.  It originated in Indonesia but now each country and region has their own variation of the dish.

For the Thai version, the chicken is marinated in a combination of galangal (a relative to ginger), lemongrass, tumeric, red chili and ground coriander.  The satay is often served with a rich and sweet peanut sauce and pickled cucumbers and onions.  This crowd pleasing dish can be enjoyed on it's own or as a jumping off point to reinvent a favorite chicken dish.

Chicken satay salad is an exotic gluten-free meal that transforms a Thai staple into a whole new dish.  Thinly sliced chicken breasts are seasoned with turmeric powder, maple syrup, and salt before hitting the grill.  Once cooled, the chicken is placed on a bed of mixed greens with creamy avocado, crunchy cucumber and buttery chickpeas.  The salad is served with a homemade peanut dressing. 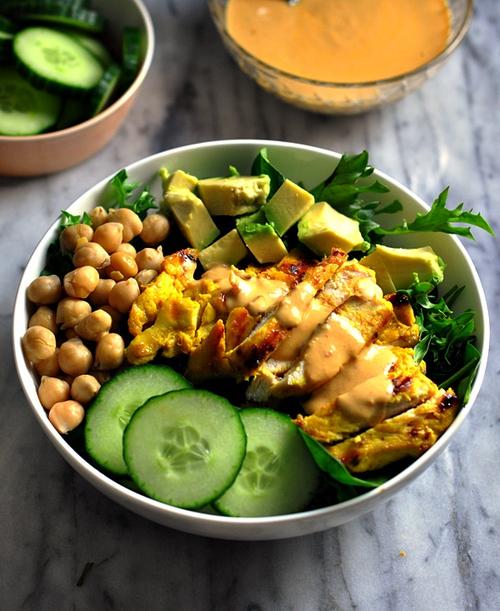 When you're hooked on chicken satay, you'll want eat it every way possible including on pizza.  This Thai inspired pizza is loaded with chunks of chicken satay, pickled cucumbers and onions, cilantro, sesame seeds and satay marinade.  Choose a mild flavored cheese, such as mozzarella, so that the other bold flavors will stand out. 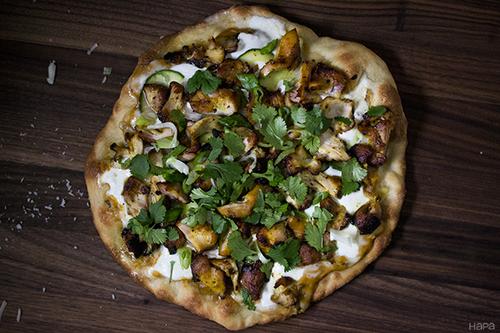 To make any rendition of chicken satay, you first have to know how to prepare the original.  This recipe is one of my favorites because the marinade bold and fragrant. This dish can be served as a stand alone appetizer to excite the palette or the main course. 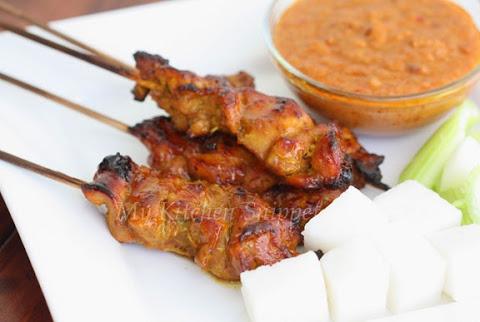