A Teavana Tea Party at the International Food Blogger Conference

There was a great Tea Party at this year’s annual International Food Bloggers Conference in Seattle. I know it is bad form to discuss politics, but with a name like Tea Party, that might be difficult.

We can thank the Dutch for bringing the tea culture to North America, beginning with New York in the 1600’s. At that time, it was the Dutch colony of New Amsterdam. Tea and the associated tea gardens quickly spread to the rest of New England.

Bostonians certainly enjoyed the tea, but did not enjoy the new taxes imposed on tea. We all know about the Boston Tea Party in 1773 when the East India Company’s tea shipment was tossed into Boston Harbor as a protest. Interesting footnote that the roots of this protest came from the Sons of Liberty based in New York and Boston. This was an underground network in which some members were described by the British as: “tavern mongers, wharf rats, and other seedy characters looking to cause trouble.” With this last statement I will conclude the political comments and move on to the wonderful tastes of tea. 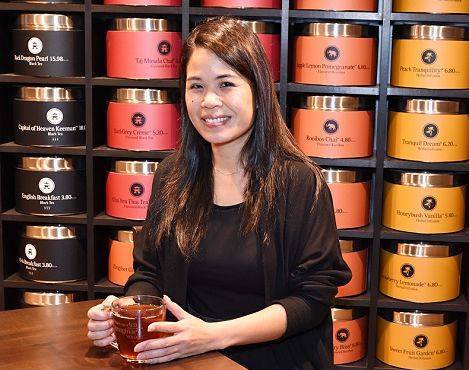 While at the Food Bloggers Conference I was immersed in a wonderful presentation by Naoka Tsunoda, Teaologist. She is certainly the tea guru and has been working at Teavana (part of the Starbucks family since 2012) since 2006 as Director of Tea Development and Quality Control. Her knowledge of tea originally came from her grandmother when she was eight years old.

Naoka’s elucidation of terroir was the most enlightening part of this presentation. This French term is widely used in the science of growing wine grapes, coffee, tobacco, chocolate, hops, agave, and marijuana. (With marijuana now legal in Washington and Colorado, maybe I can explore that topic later.)

The concept of terroir has many components, one of which is altitude. Higher areas produce some of the best teas. Darjeeling Teas in India are grown at about 7,000 feet in the foothills of the Himalaya.  Another popular tea is the High Mountain Gao Shan Tea (also spelled Gaoshan), an Oolong tea grown in the Taiwan mountains at 4,000 to 8,000 feet. Among the many other high attitude growing regions is Sri Lanka (some still call it by traditional name of Ceylon) which also produces teas at the 4,000 to 6,000 feet range.

These mountainous areas tend to have clouds at times and the higher elevations create slower growth, factors which tend to bring out stronger floral aromas. Many say that nearer to the equator tea can be grown at a maximum of 8,000 feet.

Climate, also part of terroir, is certainly impacted by attitude. Teas grow in tropical and subtropical areas where humidity and associated rainfall are major components. The clouds that tend to form along the mountain slopes provide a blanket, minimize any destructive frost, and shelter the plants from intense sun. However, tea needs a balance between rainy and dry periods and the monsoonal flow does this. Monsoon is defined as a seasonal shift in winds. For many parts of Asia the “rainy season” is when winds blow from the southwest in the summer bringing moisture in from the Indian Ocean. The “dry season” is in the winter with dry northeast wind.

The third and last aspect of terroir is soil and each tea region offers a wide range of complex soil structure and associated chemistry. The teas grown at the higher elevations are generally in good draining soils even from the abundant rains that teas thrive in.

The first one sampled was the Silver Needle White Tea. I enjoyed the sweet and smoothly silky taste.  Next up: the Monkey Picked Oolong Tea. According to the legion, ancient Buddhist Monks trained monkeys to gather the youngest leaves from the top of the wild tea trees, 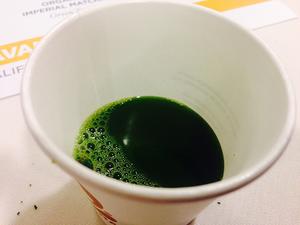 producing a light taste and orchid aroma. (I don’t think the monkeys are still working the trees.)

I sampled all types of tea from Emperor’s Clouds and Mist Green Tea to the organic Matcha Japanese Green Tea. Loved them all, however my favorite hands down was the iced Strawberry Grapefruit Xue Long Green Tea, also known as the “emperor’s cool aid.”  It has refreshing, lightly sweet notes from the strawberry and grapefruit with just a hint of lemongrass. Xue Long (means snow dragon in Chinese) is also the name of a Chinese icebreaking research vessel.

After the presentation I decided I wanted more tea so I took the five-minute walk to Teavana’ s downtown Seattle store for the lunch break. In the beautiful and relaxed atmosphere, I could enjoy as much tea as I wanted, while browsing their extensive collection of teas, accessories and gifts.

Note: Tea isn't just for drinking! Explore the many culinary applications of tea in this cookbook Culinary Tea: More Than 150 Recipes Steeped in Tradition From Around the World.

About our guest contributor:
Michael Fagin is a freelance travel writer who has traveled across Canada and visited all the major Canadian wine regions. Mr. Fagin is currently touring the Pacific Northwest enjoying the wine country, dining, and hiking the region. While he is not writing Mr. Fagin is a weather forecaster  for West Coast Weather, LLC forecasting weather for the West Coast of the US as well as on an international basis.