What are Aphrodisiacs? A Culinary Guide to Feeling Sexy

The word “aphrodisiac” comes from the name of the Greek goddess of beauty and love, Aphrodite. Aphrodisiacs are any substances that increase libido when consumed. They do not address fertility issues or sexual dysfunction directly like certain little blue pills you may have heard of.

On the contrary, a meal created using aphrodisiac ingredients is a delicious feast created to contribute to awakening sexual desire and increasing attraction between two people. Combine the right timing and romantic atmosphere, and anyone can experience the power of aphrodisiacs in their own home any time they want.

Their legacy extends back through history. Emperors and kings used to eat oysters and raw eggs with ginseng root tincture before venturing to the marital bed.

Nowadays, potent and romantic aphrodisiac dinners are available to each of us. Thanks to our modern understanding of the chemical composition of traditional ingredients, such as amino acids, vitamins, and trace elements, we now know exactly how they increase sexual activity naturally for both men and women.

Male aphrodisiacs increase not only sexual desire, but also a man’s physical capabilities. They contribute to a feeling of increased male self-esteem, attractiveness, and functionality of the genitals.

There is an ancient oriental proverb that states “There is no better natural aphrodisiac for man than a beautiful woman.” The proverb is wise, but in reality things can be a bit more complex.

Due to stress and age, an attractive beauty might not be enough to arouse a man’s desires throughout his life. This is where aphrodisiacs come to the rescue, restoring the vitality to a man he may have been longing for since his youth.

There are three major types of aphrodisiacs for men: mineral, vegetable, and animal. For example, zinc is the most important trace element for the male body. It increases libido and male sex hormones. Seminal fluid can contain up to 2 milligrams per milliliter, and it can also be found in the prostate. Zinc plays a crucial role in the process of spermatogenesis and overall prostate function.

Zinc is a trace element which is required for sperm production. It also takes part in the metabolism of vitamin E, and is involved in the synthesis of various hormones, such as testosterone, insulin, and growth hormones. It also contributes to 500 different biochemical reactions in the human body.

Furthermore, zinc reduces the amount of aromatase enzyme in the male body. This molecule actually takes testosterone and turns it into the female sex hormone, estrogen. Zinc improves the efficiency of the signals sent by the pituitary gland to the testicles. This increases the amount of testosterone produced, as well as the effectiveness of the internal state of the testicles. This helps invigorate the sperm’s endurance, effectively turning them into long distance swimmers. Just one or two oysters a day are enough to replenish the body's daily 15mg requirement of zinc in men.

Yohimbe is a medicine based on a substance extracted from the bark of the African Yohimbe tree. It improves blood flow to the genitals and increases sexual sensitivity. In addition, Yohimbe stimulates nerve centers of the brain that control sexuality. It leads to a sharp increase in receptor sensitivity, leaving fear and uncertainty behind. However, it doesn’t have the same effect for people with low blood pressure. Yohimbe is purely a male aphrodisiac.

Impaza is a homeopathic medicine created from purified antibodies. It increases blood circulation to the genitals, which extends and enhances erections. If you take this medicine for a long time, the libido returns to normal and sexual satisfaction increases significantly.

Of all the aphrodisiac mediums, tonics affect men most slowly and gently - toning the entire body and contributing to the acceleration of the metabolic process. Tonics commonly contain extracts of ginseng root, Eleutherococcus, Aralia Manchu, and vitamins and trace elements.

Nuts and seeds are also aphrodisiacs because they contain a high amount of vitamin E. In India, roasted sesame seeds are a traditional remedy for decreased potency when mixed with honey. People in Russia and the Ukraine mix walnuts with honey and take one dessert spoon 30 minutes after a meal to prepare them for a romantic encounter.
Additionally, spices like vanilla, rosemary, sesame seeds, cardamom, curry, ginger, cumin, and cloves are all effective aphrodisiacs for men. 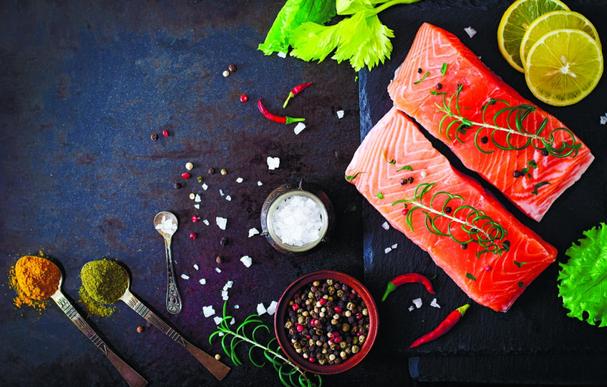 Female Aphrodisiacs
In some ways, aphrodisiacs affect women quite differently than men. In other ways, they can be very similar. Among herbal female aphrodisiacs, wormwood and ginseng stand out above the rest. They can be bought at pharmacies in the form of dried powders, tinctures, or capsules.

Ginkgo Biloba is rapidly gaining popularity among women too. This plant extract is commonly used to improve memory, but it also has sexually stimulating properties. Relaxing the blood vessel walls, it increases blood flow to the organs, especially the genitals. Thus, it increases sensitivity and, as a result, libido.

As with men, vanilla is a powerful sexual plant for women. Vanilla creates a feeling of comfort and peace, encouraging a sense of safety for a lot of women. If you are planning slow and exciting sex, you definitely should add a pinch of vanilla to your dessert or to a drink.

Aloe Vera produces amino acids that stimulate blood flow to women’s genitals. Juice from the leaves can be mixed with honey, and a single teaspoon daily of this mixture can be enough for most women. Aloe juice improves the rush of blood to the pelvic organs, enhancing sexual desire. The juice also contains antibodies and T-cells, and is capable of restoring libido after surgery or injury. 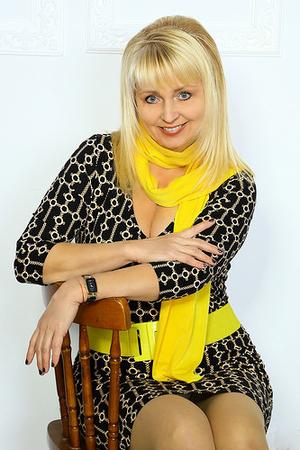 About the Author
Olga Petrenko grew up in Ukraine, where she learned to appreciate traditional Eastern European hospitality and homemaking. As an adult, she studied the chemistry of foods, both local and foreign, for their unique effects on the human body and mind. Combining her food science studies with her love for helping others achieve greater intimacy, she poured the next 10 years of her life into creating the recipes contained in the aphrodisiac cookbook, Intimacy On The Plate: 200+ Aphrodisiac Recipes to Spice Up Your Love Life at Home Tonight.