This is Part 2 of the 3-Part Walla Walla: Walking Your Way to the Best Wine Vintages and Culinary Delights series (read Part 1 and Part 3).

Coast to Coast gold medals (1000 medals in total) and induction to the Wine Hall of Fame is what you will find at The Institute for Enology and Viticulture at Walla Walla Community College (WWCC).

Myles Anderson was a key leader who first hatched the idea of this wine program in 2000, and it took a family to bring this “soup to nuts” (or soil to bottle) program to fruition. The state legislature kicked in a million dollars along with industry and community investments that far exceeded that. Then Myles had to work with the state attorney general to enable WWCC to make wine. WWCC became the first state-funded, licensed, and bonded winemaking program.

Graduates of the program have had fantastic success in finding jobs in the industry. Why the student success? Students in the program work in all parts of winemaking from start to finish vineyard, crush pad, cellar, laboratory, and bottling. That probably explains why the students are recruited in many of the local wineries and along the US East Coast and into Europe.

Myles stepped down in 2013, and now Tim Donohue is the director. Prior to Tim coming to the campus in 2010, he had ten years in winemaking, nine of which was as partner with his dad at a winery and restaurant in Colorado. Tim then left Colorado to attend The University of Adelaide in Australia to get a Master of Science in Oenology.

After this brief history of the program, it was time to taste the fruits of the students’ labor, which is produced on campus at College Cellars. We sat down with Sabrina Lueck, staff Instructor of Enology. On this warm fall day, we started with the semi-dry sparkling Rose of Grenache. Taste notes of raspberry and clove, along with balanced tannins and acidity make this refreshing wine perfect for a sunny day. We then moved on to the Sauvignon Blanc, a very fruit-forward and aromatic wine, due to the reductive process (less oxygen) used. It is aged in both stainless steel and neutral oak – all of which give the wine a beautiful creamy mouthfeel and delicious notes of white peach grapefruit and lemon. The grapes are sourced from the nearby Stan Clarke Vineyard run by College Cellars. The vineyard is named for one of the first professors of the program. Stan came well qualified with credentials from UC Davis in viticulture and then had many years in the field working for major wineries. 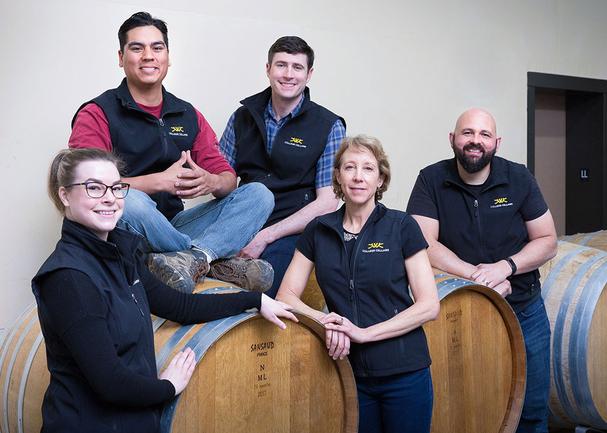 As we were sitting in the lovely and cozy tasting area, one of Sabrina’s associates, passing by, stopped to make sure that we knew that she is “one of the best in the program and a rising star in the industry.”  We found out that along with teaching, she oversees the management of College Cellars of Walla Walla brand. She received her degree in Viticulture and Enology from Cornell University and in her spare time is a student of the Institute of Masters of Wine. 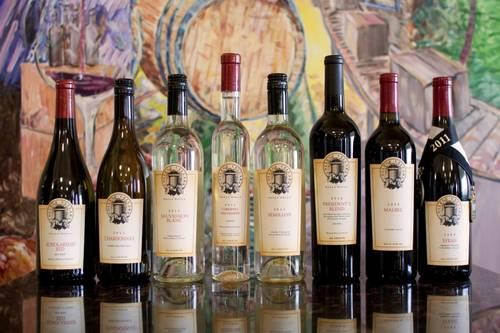 Back to the wine - we enjoyed the 2017 Chardonnay from the Walla Walla Valley. Aged in French oak and with aroma notes of vanilla and pie crust, it is a full-bodied wine with tastes of lemon and almonds. Seven students from the 2018 class are fully responsible for this excellent wine. And, no surprise, are all currently employed in the wine industry.

Our final wine tasted was the award-winning Cab Frank from the Clarke Vineyard, also from the class of 2018; different students and all now employed in the industry. Wonderfully balanced tannins and acidity, the Cab Franc is a zesty and savory delight, with taste notes of pepper and red fruit. 2018 was an excellent vintage for both wine and students! 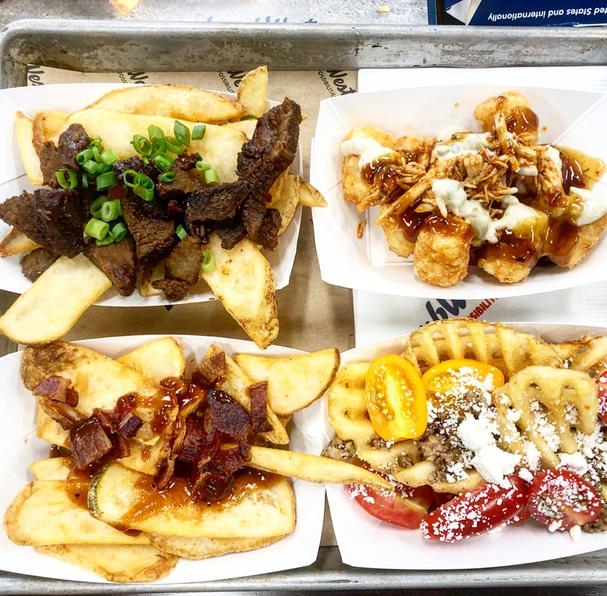 We were starting to get hungry, and Sabrina suggested that we visit Jay Entrikin, chef culinary instructor at Wine Country Culinary Institute at WWCC. We tracked Jay down, finding him in the middle of the 2nd Annual Potato Experience, in which nine chefs were involved in a friendly competition. The chefs were immersed in the entire process of fried potatoes – from harvesting the potatoes to the stovetop and oven. The event was hosted by Lamb Weston, a potato company that produces 600 million pounds of frozen French fries in the area and around the world. There was quite a frenzy of activity with the creative recipes and cooking, and we saw that Jay was very busy, so we did not want to interrupt his focus. Jay has an impressive list of contests and awards won. 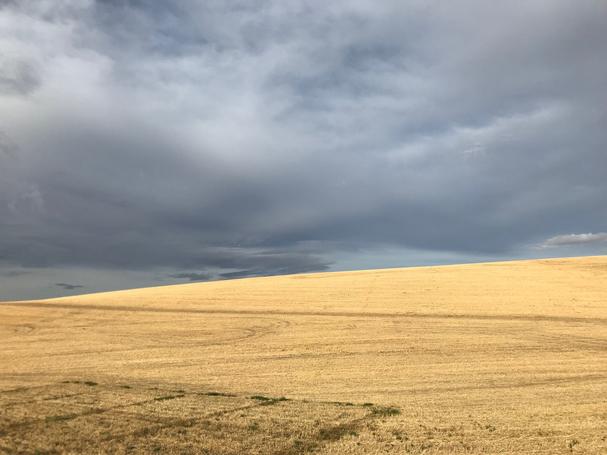 We thought it would be a good idea to get some walking in before we commenced on our dining endeavors in town. Just adjacent to the campus is the Mill Creek Recreation Trail. This paved trail is a lovely 1.5 miles along.  If you are looking for a more extensive trail system the nearby Bennington Lake area has over 20 miles of trails. Bennington Lake was built for flood control and is part of the Mill Creek Dam. Here is a detailed list of all the trails.

After our short walk, we doubled back to the WWCC campus to catch the Valley Transit bus back to downtown Walla Walla.  Fifty cents and 30 minutes later we were dropped off near the center of town. Check out Part 3 of our series to find out about some great examples of the Walla Walla culinary scene. Stay tuned!!