The History Behind Your Favorite Breakfast Foods

Have you ever wondered how we ended up with breakfast? Whether you choose a sausage, egg, and cheese bagel or prefer a fruit and granola parfait, it's not exactly clear how we determined that those foods are breakfast foods. Almost every country around the world chooses from pastries, meats – or plain old toast and coffee.

Why and how have these choices evolved? Take a look at the history behind some of your favorite breakfast foods. 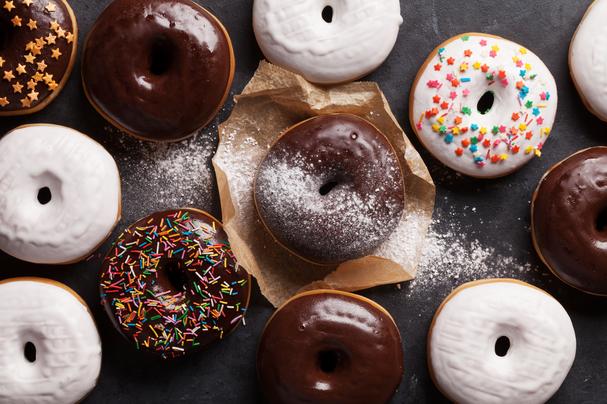 Where did those frosted doughy creations originate? Though Americans have eaten doughnuts for years, it's evident that they didn't start out here. We can attribute this creation to the Dutch, who brought their pastries to early New York settlements. They didn't yet have their circular shape – an American named Hanson Gregory invented the ring-like doughnut because he didn't like that the regular versions often had a raw center.

Doughnuts became more mainstream throughout this region over time. They didn't become popular American staples until World War I when soldiers ate them overseas. Eventually, Adolph Levitt invented the first doughnut machine, which he showcased at the 1934 World's Fair. It wasn't long before doughnut restaurants started to pop up around the country.

While we can credit the Dutch for what we know as today's doughnut, it's clear that many cultures have made similar doughy pastries for centuries. Many people liked to eat berries with their breakfasts for added flavor. It became more common to consume sweet treats at breakfast when Europeans introduced foods like the doughnut. 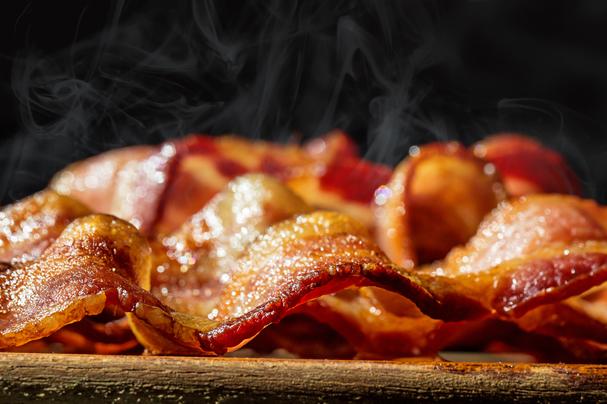 There's a reason why almost everyone loves bacon. It's a crispy, chewy breakfast staple that pairs well with any food. But how did bacon come to be the hearty side dish that we know and love today? Bacon comes from pigs, which farmers traditionally like to fatten up between the spring and winter. The various cuts from a pig could sustain families throughout the cold seasons.

Today, people use a standard dry cure method to cook their bacon. This process has evolved as different communities have evolved. The ancient Chinese like to eat salted pork belly, while Europeans experimented with various recipes that involved bacon fat. In 1529, Spanish explorer Hernando de Soto brought pigs to the Americas – and we've loved bacon ever since! 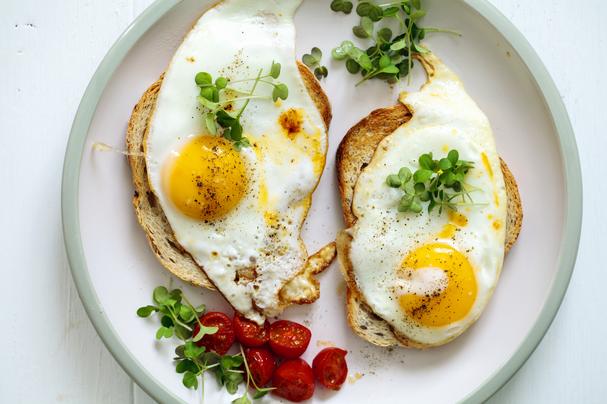 What came first, the chicken or the egg? Biologists say that the egg came first – and humans have eaten eggs from different birds since before modern civilization. In other words, we've always eaten eggs, both raw and cooked. The chicken that we know today originated from jungle fowl, which hail from Southeastern Asian regions. The species eventually made its way across the globe, from Egypt to Greece to the Americas.

There are likely many people who've eaten eggs as a way to start their day. The ancient Romans liked to begin each meal with an egg when they were available. In the Middle Ages, it's evident that the only people who ate breakfast were those who worked difficult jobs. The official push for this breakfast item didn't come until 1920 when physician Tobias Venner suggested that eggs provide an easy breakfast for those who need one.

It wasn't until the mid-1900s that eggs became readily accessible for Americans across the country. 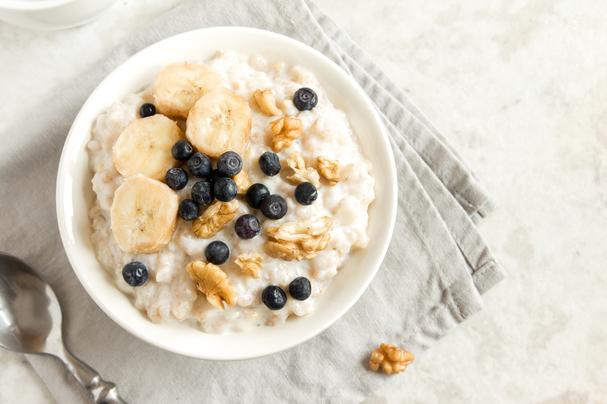 It turns out that your microwaved maple oatmeal dates back to the Stone Age. Maybe not the microwaved or maple part, but it's clear that our ancestors gathered and cooked grains on a daily basis. People would grind down oats and other grains to create flour for flatbread. This process eventually involved hot water, which turned the raw oats into porridge. For centuries, many communities have relied on grains as a staple.

The Romans introduced oats to countries within today's United Kingdom. The grain quickly took hold within Scotland since the country's climate serves as an ideal environment for oat crops. The Scots appreciated oatmeal for its heartiness, so it wasn't long before oatmeal became a main dish within the region. The grain soon made its way to America, where Quaker Oats made the grain even more popular. 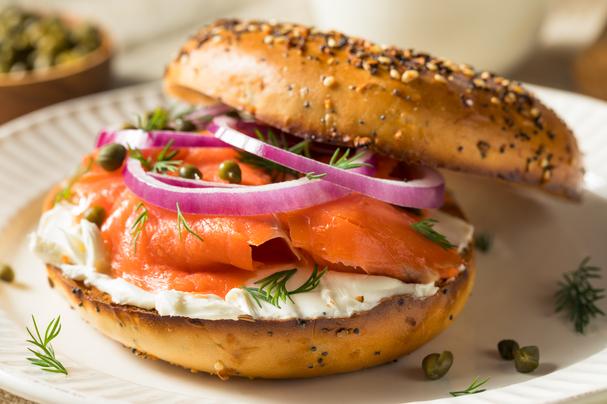 What's better than a crispy yet dough bagel smeared with cream cheese? Though not many people are sure where or when bagels originated, it's clear that the Jewish people have consumed bagels for centuries. The first mention dates back to 1610 when Poles would gift "bajgiel" to pregnant women. The bread product quickly became a staple within Ashkenazi Jewish neighborhoods.

These communities brought bagels with them when they moved to America throughout the 19th century. It wasn't until 1900 that bagels started to pop up around New York when people would eat lox bagels with cream cheese and salmon. Bagels eventually made their way to other cities toward the late 20th century, as soon as manufacturers figured out how to mass-produce them.

Breakfast Foods Have a Rich History — and Taste

Our food choices have changed drastically over time. We used to eat only for survival – but more options have become readily available in recent decades. Whatever you prefer for breakfast, it's a necessary boost for many working individuals. Plus, who doesn't like to start their day with a delicious doughnut?