Outdoor Fun Along the Hood Canal - With Wine!

Part 2: Outdoor Fun Along the Hood Canal in the Fall and Winter: Don’t Whine About the Weather; Have a Sip of Wine Instead (read Part 1 here).

True or false: It rains ALL THE TIME in the Seattle area and on the Olympic Peninsula? We already established the facts in Part 1 of our story that this is a false claim, and one can indeed find some sun. While we do get rain during the fall and winter, the temperatures are quite moderate; it is often too warm to snow. Seattle is under a two-hour drive to the Olympic Peninsula, where Alderbrook Resort is located. Alderbrook is about an hour and a half drive to the ocean. 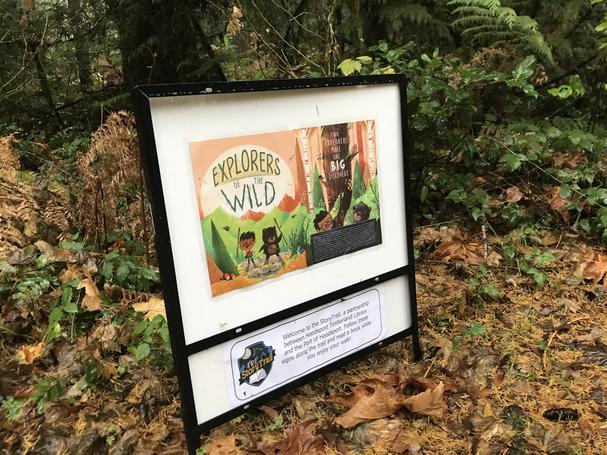 Before we checked out of the Alderbrook Resort and Spa, we donned our warm hiking gear and the ten essentials. Then 25 minutes later, just past the town of Hoodsport, we arrived at Hoodsport Trail. Although this is a shorter trail of 2.5 miles, it is educational and entertaining for younger kids with signs and pictures were done by StoryTrail. 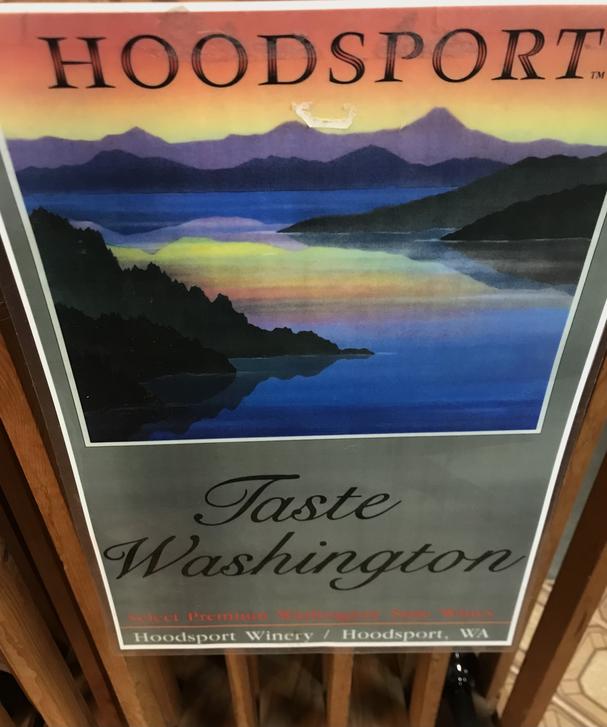 After this refreshing and educational hike, we took the brief drive to taste some wine and, of course, take some home. We were greeted by Peggy Patterson of Hoodsport Winery. The winery was founded by Peggy Patterson and her late husband, Dick. Hoodsport was just the 16th winery to be licensed in Washington State, and now there are over 1,000! They began with the Island Belle grape, which was first planted on nearby Stretch Island in 1872. It is thought to be a cross between Hartford and Concord grapes and is sometimes identified as Campbell’s Early. Island Belle is a very hearty grape – perfect for growing west of the Cascades.

Peggy works with several winemakers, and the first wine we sampled was the Black & Blue Rhu wine from Reed’s Sweet Wine. This blend is nicely balanced with the three fruits, and Peggy suggested that we add some soda water to make a great homemade spritzer. Very refreshing! Then we enjoyed a Gewurztraminer which was on the dry side which, of course, is different than most Gewurztraminers. The final wine was the Sweet Tiffany Gewurztraminer from Abiqua Wind Vineyard & Winery in Scotts Mills, Oregon. This is a dessert wine on the sweet side, of course, but not too sweet. This is similar to some of the fine Ice Wines that we have had. 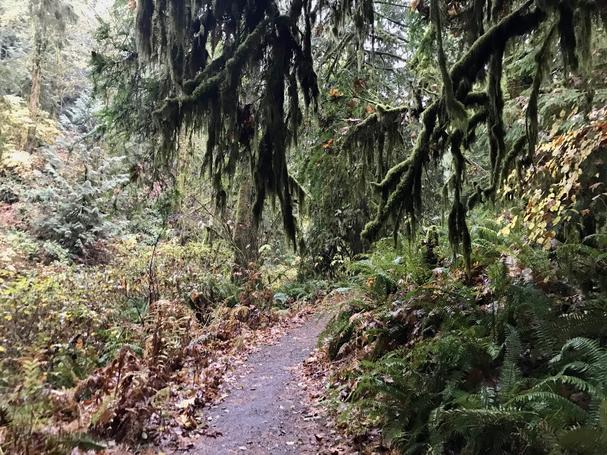 After this fascinating visit with this wine icon, we were ready for another hike and took the 25-minute drive to Twanoh State Park.  The name of the park derives from the Native American Twana tribes, better known as the Skokomish. This hike is along the ravine, and the thick forest canopy of the madronas and other trees will keep you dry even when it is raining.

After the 2.5 mile hike, we went across the street to check out the 3,176 feet of saltwater shoreline on the Hood Canal. We checked out the marine forecast that called for light winds, no wave action, and dry conditions. Thus we grabbed our inflatable kayak, and with our electric pump, we were in the water five minutes later. Don’t own a kayak? Check out Hood Canal Adventures, where you can not only rent a kayak, but they will also deliver it to you! They rent year-round and will even include kayak-sized crab pots for you.

After an hour, it started to drizzle, so we waved goodbye to the ever-present seals, quickly deflated our kayak, and put it back in the car: next stop, Home. We were getting close, but we had time for one more short sortie kayak on a protected lake but first grabbed our thermos of coffee and biscotti. Since going home to Seattle required going through Shelton, the 30-minute drive to Isabella Lake and the boat launch was an easy decision. Isabella Lake | Washington Department of Fish & Wildlife The boat lunch  is adjacent to Lake Isabella State Park that offers hiking as well 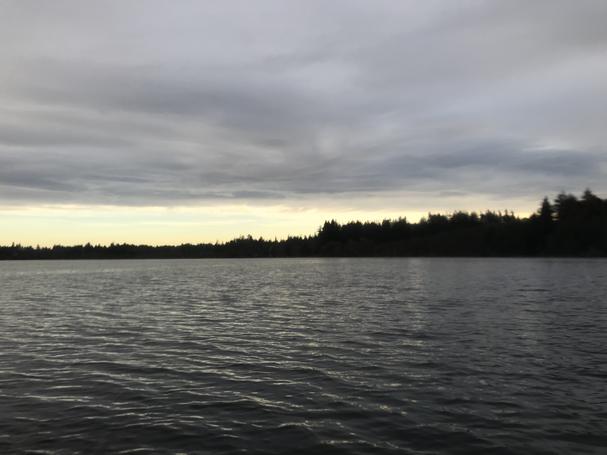 Once again, within five short minutes, we had our kayak inflated and on the lake. We paddled around the lake in about an hour (about 2 miles) and once again enjoyed the pleasurable conditions- dry!

So far, there was not any whining about the weather; however, we were ready to take the 10-minute drive to Walter Dacon Wines. Their cozy wine tasting room is surrounded by the lush woods just outside of Shelton.

How did winemaker Lloyd Anderson go from retiring from his forestry business and his wife Ann from working with the state to start making wine at home in 2000? They went to the famous Kiona Vineyards located in Eastern Washington and sampled their wines, and after visiting with winemaker Scott Williams, they were converted. They continued with some wine-making education at UC Davis and opened their winery in 2005. Walter Dacon wines can be found in many high-end restaurants throughout western Washington.

Their wines invoke Rhone and Mediterranean style and are sourced in the Yakima and Columbia Valleys of Washington State. Rhone blend is a blended wine made from grapes whose heritage is in France’s Rhone Valley. Syrah, Grenache, Mourvèdre, Viognier and Roussanne.

Another fun venture completed, and of course, we are planning a return trip; the sooner, the better.